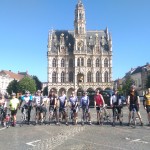 Starting off in Oudenaarde

It was super sunny but not so warm as we gathered in the main square to start our second day of cycling.

We looked on quite jealously at several groups all in matching kit apart from the last man bizarrely.

The first few miles were undulating with some interesting climbs but we were saving ourselves for the Muur we had nick  named it the olly murrs but we were still a bit scared. Then we began the climb not helped by the several hundred Belgians trying to atetnd a car boot. The cobbles kicked in the slope was not too bad,then we turned a corner and there was more and more. 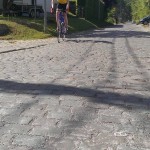 What a fabulous view from the top. After a quick breather we began down the other side very steep and quite cobboley, alright very cobboley.  The next hill going up the Bosk, was also cobboley,and very steep and hard! But tree lined and shady thank goodness.

It was a quick ten mile to the van, super refreshments and a quick sit down.

The tour lost a member shortly after with Sue having to retire with a bad knee. The rest of the group carried on to Waterloo, there was several changes to the route to avoid gravel and then B Cobbles.  Finally we met our Waterloo , it was soooo busy, there was nice cake and a random chap from Epsom who gave us loads of great info about the battle. 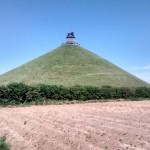 The Lion Mound at Waterloo

The trip down the valley was not so enjoyable, very cobboley.. Cobbles are possibly worse going down then up!

We were not far from the Ibis our place of rest but there was a couple of good climbs and a tractor fair to negotiate before we got to the finish.

Part way through Fiona was lucky enough to receive the Hand Of Dave, a little help on the small of the back, which pushed her along. We were all a little red from the sun, some more than others but the hotel had given us all baths hallelujah. Dinner very good 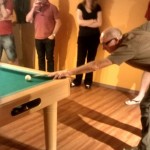 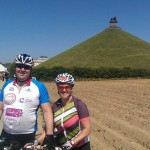 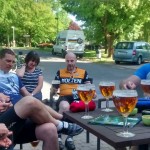 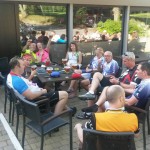 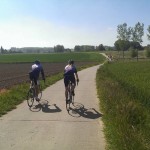 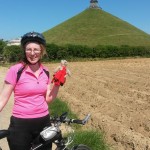 Poor Sue, I hope you are OK? And I remember the hand of David pushing Ian up a hill. Dave you are a star. Good luck to you all and miss you so much. Andy xx

Awesome day in the sun and surprised how we all did well on de muur. Tough riding on cobbles but we are ready for tour du france next year! Fab support by act duo!!

Belgium – Day 2
We use cookies to ensure that we give you the best experience on our website. If you continue to use this site we will assume that you are happy with it.OkNoRead more
Revoke Cookies