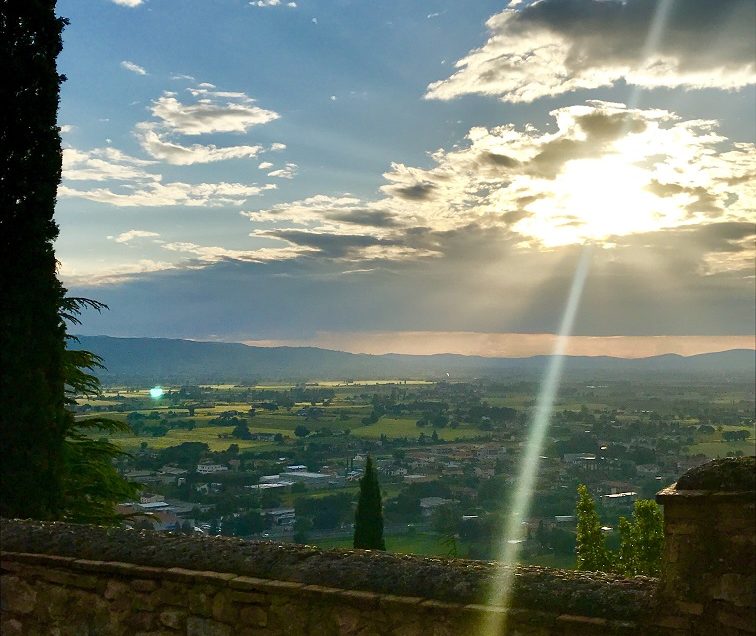 First tour of the season was a coast to coast in Italy. ACT supported Maglia Rosso cafe and Bike shop in taking some of their clients on a tour of Central Italy.

Starting in Varieggio, we cycled through Tuscany, then south into Lazio, then north and east to finish close to Ancona.

Starting off from the hotel on the first morning, we were immediately into the beautiful Tuscan countryside, weaving up and down and round the Tuscan hills, passing splendid Tuscan villas . The first climb, with typical Italian switch backs came at 4 miles, but although not too steep, the bends were awesome.

We slipped around the world famous city of Lucca, but mainly we were in the countryside, enjoying the wonderful views and villages we pass through. It was not too strenuous a day, but the afternoon climb was nearer 10 miles long, although a gentler gradient than this mornings shorter one. Again though, lots of great bends to cycle up and around ! This first day ended at Pistoia where a pool was waiting at Hotel Villa capuggi. Cold beers too… Unfortunately the water hadn’t warmed up sufficiently, but the beers were cold…..

Leaving Villa Capuggi behind, the second day started along small country lanes through an area of extensive nurseries. Pistoia is known for its fascination with Topiary – the art of creating sculptures using living trees and shrubs.

There were a couple of climbs as we made our way through the beautiful countryside. But we also passed by San Gimignano. Its another iconic and famous Tuscan town, famous for its towers.

Gradually we made our way into Siena and the peaceful haven of Hotel Porto Romano and the jacuzzi with a view to die for. 15 minutes walk away from the splendour of the fan shaped central square Piazza del Campo and the Torre del Mange. A beautiful and vibrant medieval city.

Leaving the bustle and splendour of Siena behind it was not long before we were cycling through lovely cypress lined roads and Tuscan villas.

Along quiet roads with spectacular rolling Tuscan landscapes either side, one photo opportunity after another. Although a long days riding, it was not a tough day. It is Tuscany at its best.
Through lovely little towns lots of superb sweeping downhills eventually arriving at Lagio Di Bolsena. A crater lake in central Italy of volcanic origin. Roman historic records indicate activity of the vulsini volcanoes as recently as 104 BC!!!

What a way to end the day, looking over the serene lake ( with a beer of course ! ) We ate at a fabulous restaurant overlooking the lake as the sun set.

The Lake is actually in the Province of Lazio, so we had now left Tuscany behind. Day 4 saw a little more climbing, as we gradually ventured into the hills of the Appenines, that run down the centre of Italy.

The day ended at the splendid Villa Potenzani, in Rieti. This is a real find and although it is at the top of a hill it is superb. The Villa was built in 1778 and became the summer residence for Prince Ludovico Spada Veralli Potenzani. It is very opulent and has frescoes on the ceiling and another terrace overlooking stupendous gardens . The rooms are the size of a small flat !!! Dinner was in the grand hall and breakfast on the rooftop terrace where you can see the mountains in the distance … they looked a little ominous……

Day 5 saw us leave the region of Lazio behind and deep into the Appenines .We were soon cycling through the heavily wooded and steep sided valleys of Umbria. Dramatic mountains on either side.

Past Montelone di Spoletto, another ancient hill top village, before, eventually the countryside changed, losing the mountains either side and olive groves were seen once more.

The day ended in the amazing hill town of Spello at La Bastiglia Hotel, perched at the top of the town ! This hotel was an old stoned oil mill dating from the XV11 century and the views from the terrace, with a beer in hand, of the amazing Umbrian countryside was awesome.

Our last day, day 6, we made our way out of Umbria and into Marche. The route wound its way through villages in the valley, along country lanes, before the gradual last climb into the hills. Once over these, its obvious that Marche spends more money on the up keep of roads than Umbria, as they were better today.

A few last little steep climbs, just so we wouldn’t forget the Italian countryside, takes us in to Senigallia……..what a fantastic tour. The weather could have been slightly warmer, and we did get drenched a couple of times, but this part of Italy is just SO beautiful. 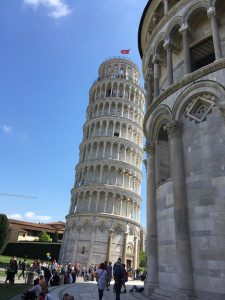 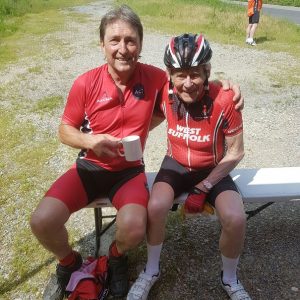 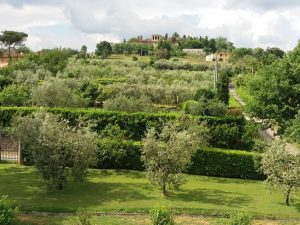 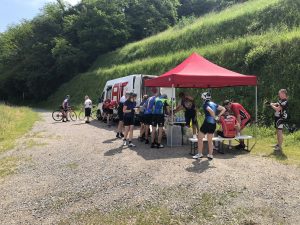 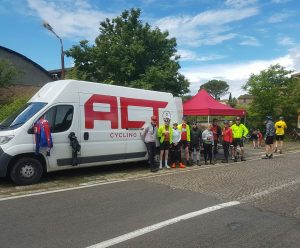 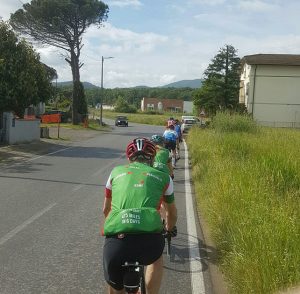 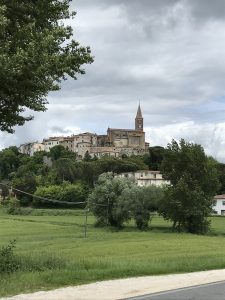 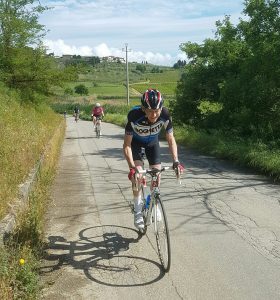 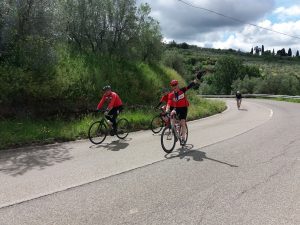 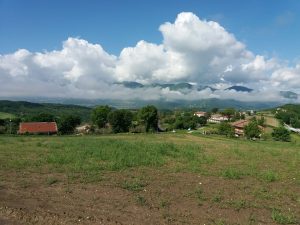 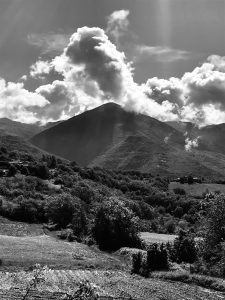 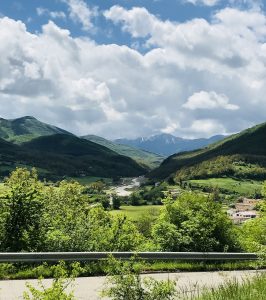 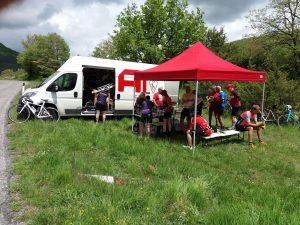 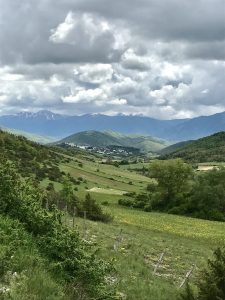 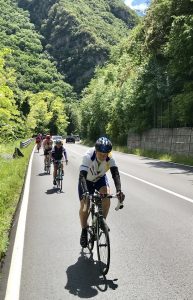 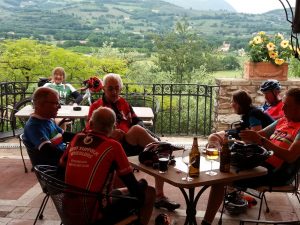 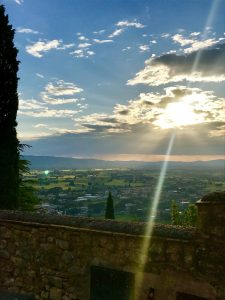 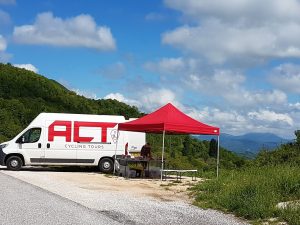 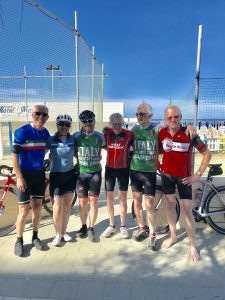 Italy Coast to Coast
We use cookies to ensure that we give you the best experience on our website. If you continue to use this site we will assume that you are happy with it.OkNoRead more
Revoke Cookies