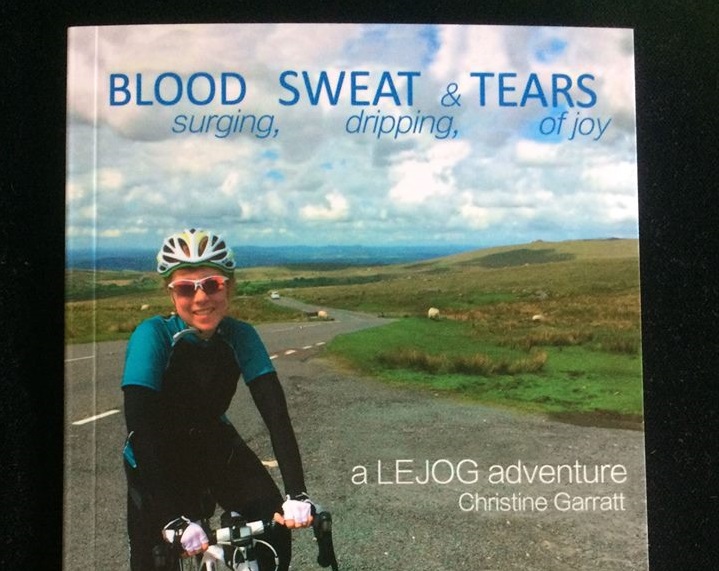 Recently two books have been written that include and talk about some of the ACT challenges. They are a testament to how life changing and important achieving goals can be, and of course how good the tours are !!! 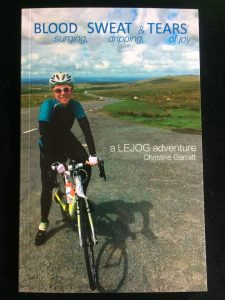 Christine Garratt wrote a blog as she completed LEJOG in 2016, which became a book which she self-published in 2017, called “Blood surging, Sweat Dripping & Tears of Joy – A LEJOG Adventure”.

For Christine, LEJOG was ridden as a celebration of her 50th birthday and her complete recovery from a life-threatening illness. It catalogues her route, her feelings and experiences as she rode the iconic tour, and her reflections after returning home. If you’re contemplating cycling LEJOG sometime shortly, then its a great read, and will I’m sure encourage you to undertake it even more.

Christine is selling her book to raise funds for The Brain Tumour Charity. You can purchase one for £6 direct from Christine – [email protected] Check it out by going on her facebook page – https://www.facebook.com/christineslejog/ 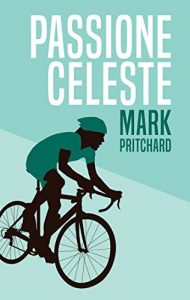 Mark Pritchard saw the ACT van driving through Suffolk while on one of his bike rides in 2014, and it spurred him on to ACT now ! He signed up for the LEJOG tour in 2015, followed by Italy and the Pyrenees in 2016.

Mark’s book is called Passione Celeste: Captain Century’s Bianchi Bicycle Diaries and tells the story of some of Mark’s recent rides. In addition to his tours with ACT there are accounts of his rides throughout Britain, including his 60 Centuries Series which he rode to celebrate his 60th birthday! At the heart of Mark’s story is his love affair with his family of Bianchi bikes. Passione Celeste takes a look at the history and growth of Bianchi and explains why the bikes have acquired a unique place in cycling around the world. It is also about the places he visited and the interesting characters he met along the way.

Mark will be riding again in 2018 with ACT – in Italy. Before that he will be riding across the USA from LA to Boston! You can follow Mark’s activities at www.captaincentury.com

You can buy Mark’s book from his publishers (https://tinyurl.com/y9cedy33) or from booksellers and online (paperback and eBook versions available). If you would like a signed copy email Mark at [email protected]. Proceeds from the sales of his book are being donated to the Green Light Trust.

We don’t all have the desire to write a book after one of ACT’s tours, but they will transform your life! It’s not just the fantastic places you cycle through, but the unique friendships you develop with your fellow cyclists as well as the thrill of completing a challenge that lots of people only ever dream of doing!

BOOKS !
We use cookies to ensure that we give you the best experience on our website. If you continue to use this site we will assume that you are happy with it.OkNoRead more
Revoke Cookies